Going to Rome we were a little worried. We had heard stories about having your wallets stolen. And we were a little sad to leave our car (freedom) behind in Arezzo. No one was game to drive in Rome and I’m quite glad as I don’t think I could have returned it scratch free. But we didn’t have to worry as we had no problems walking around Rome. (We did stay above ground mind you. No crazy subways for us)

We arrived by train and walked to our hotel, which wasn’t far at all. We are used to the cobbled roads and uneven footpaths. Rome feels like one giant maze. Tall buildings hug the tiny roads so you have no idea what could be around the corner and in Rome there was always something amazing. Like the Trevi fountain, just sitting squished in around these buildings. We could walk to most of these sights from our hotel. 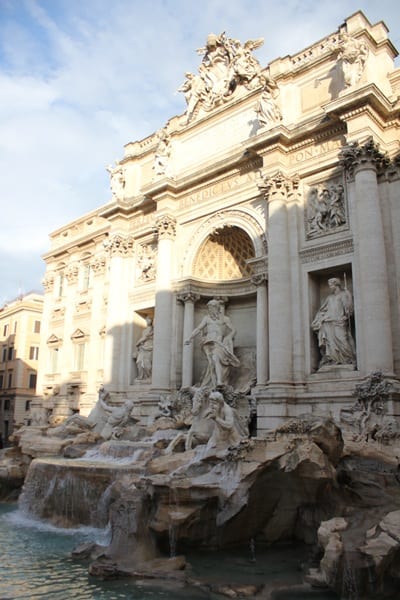 See how this car is parked right at the end of the kirb! And that van is passing a car, well that car is just parked there. He’s probably gone for a quick coffee. 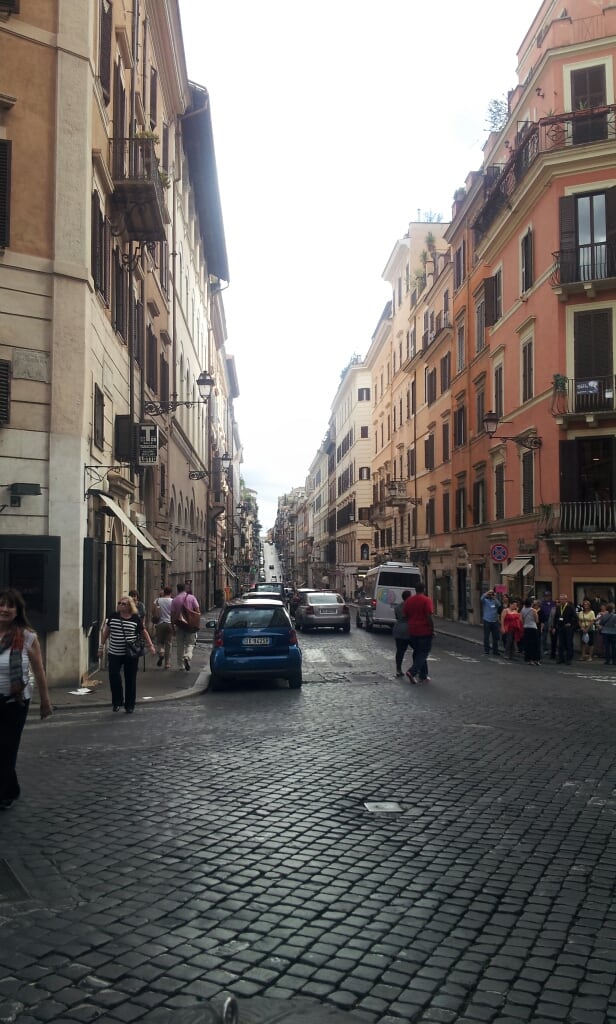 We found the Spanish steps and also 100 times the population of Pingaring. 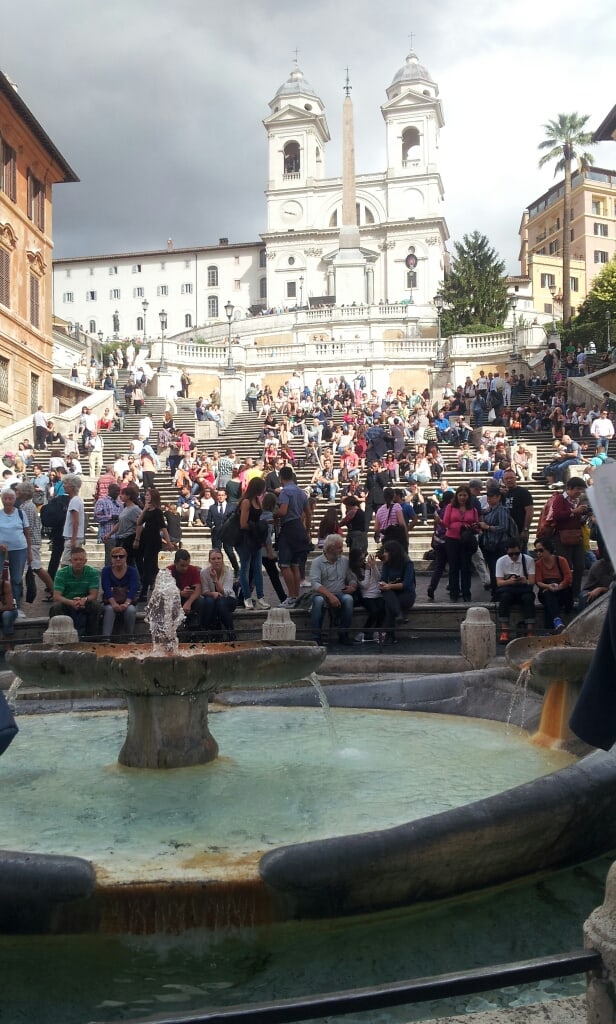 You really haven’t seen heaps of tourists until you visit these famous spots lol. 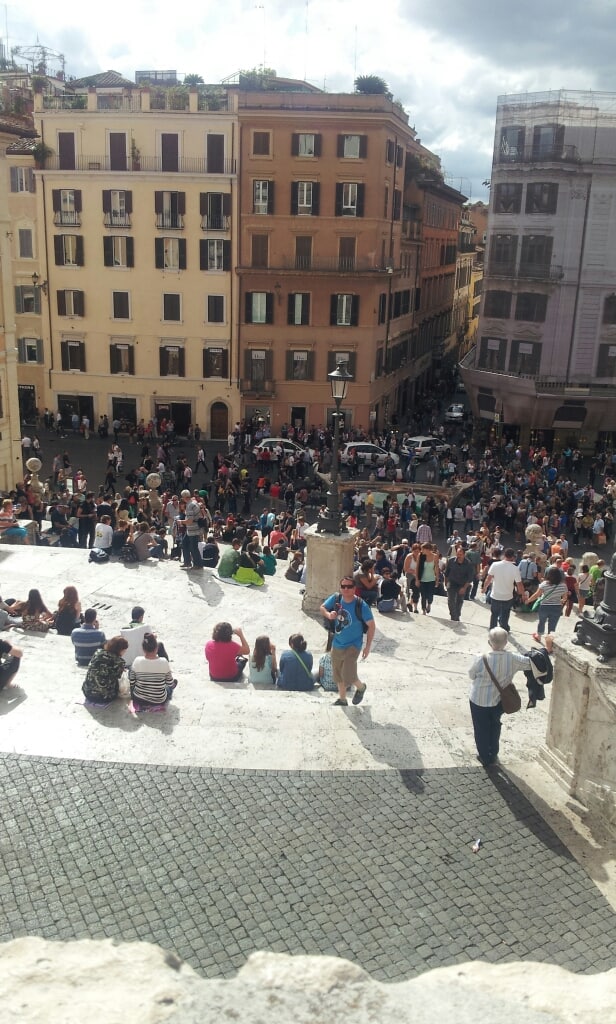 The Pantheon was another one of those amazing buildings that just appeared around the corner. One minute you are walking along a cobbled stone road then it opens up into another small square with this 126AD Ancient Roman architecture! 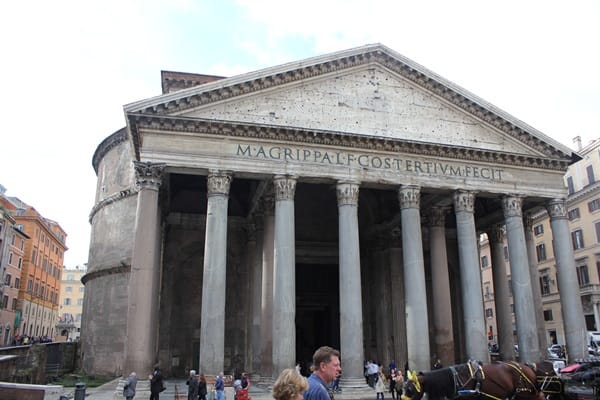 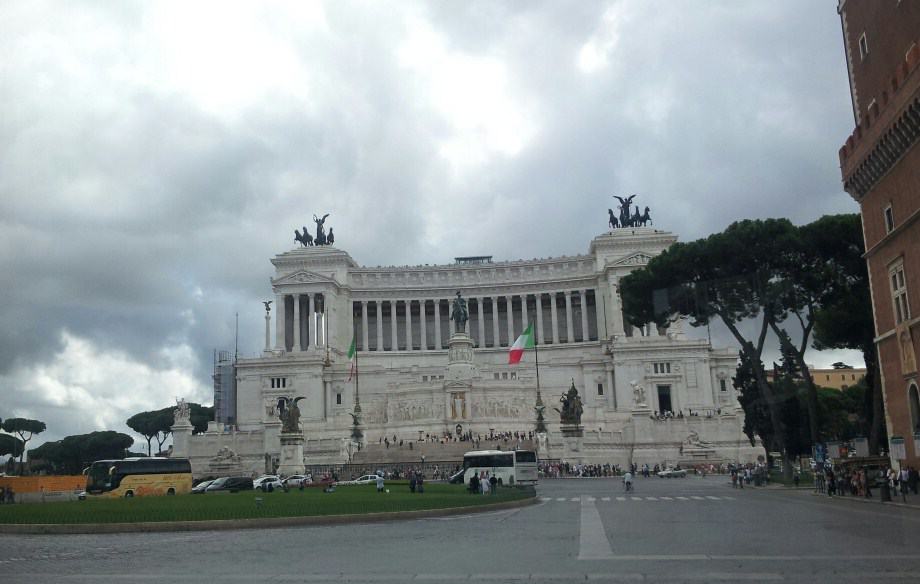 And the one thing my son wanted to see pictures of was the Colosseum. It would have been amazing to see it in its glory days with all the marble statues on the outside before they started using it as a marble quarry. Most of it was used on the Vatican church. 🙁 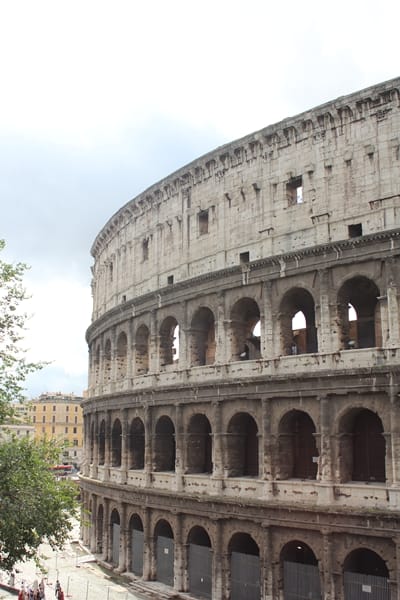 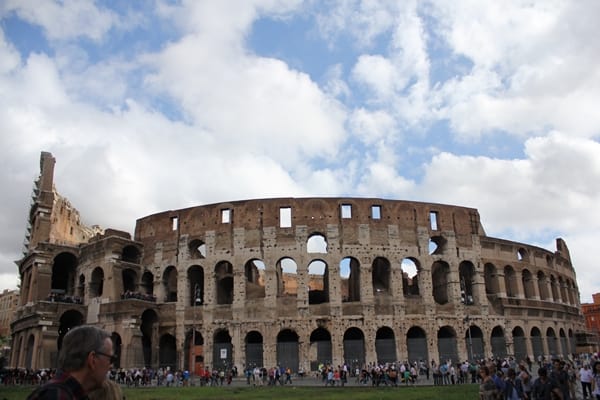 Then we had our tour of the Vatican City and the Sistine Chapel. The collection here was amazing. We were told the church had been pinching (I mean collecting) things for years as a private museum. Until they opened it up for the public, which means around 20 to 25, ooo visitors a day! 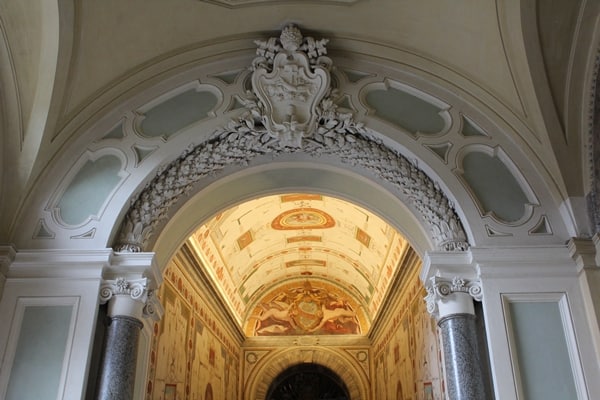 Everything had detail and was amazing. Back when time wasn’t such an issue. Who wants to spend 4 years on painting something now days!! 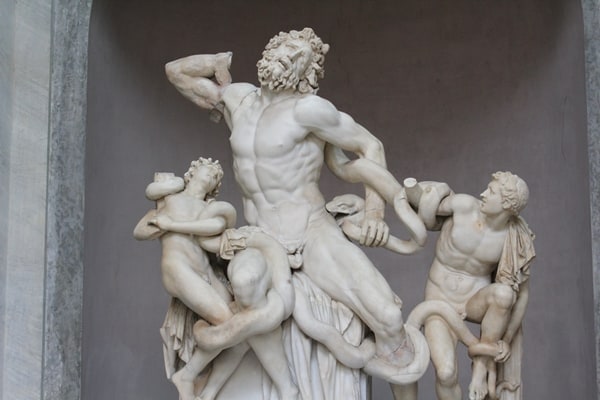 This was amazing. The detail in the marble with the muscles. How? I can’t even draw that let alone think about chipping it out of hard rock! lol 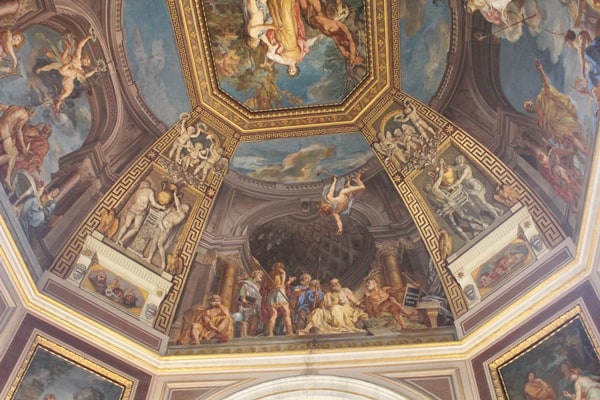 As real rubber necking tourists we really gave out necks a work out here. All the detail above us. Lots of ‘head back, mouth open’ moments. 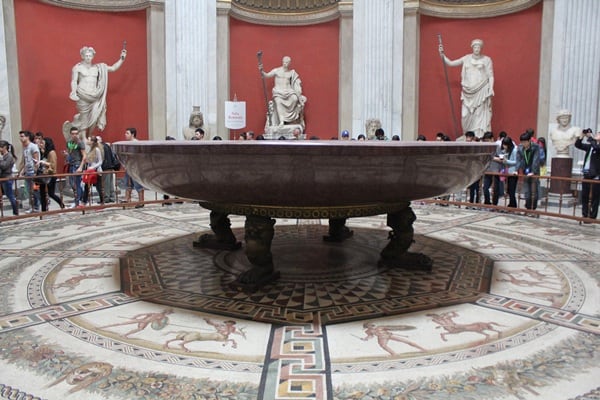 I couldn’t get over the detail in the mosaics. This floor here was unreal. 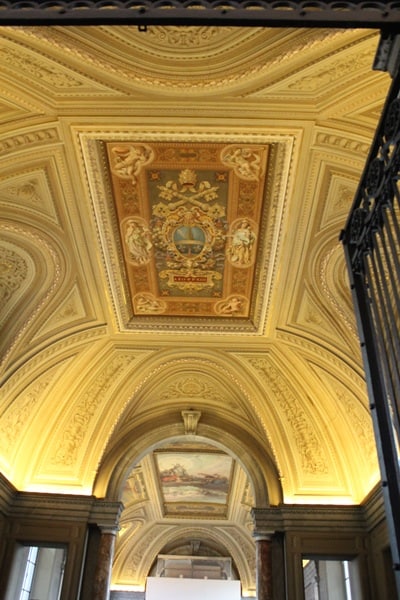 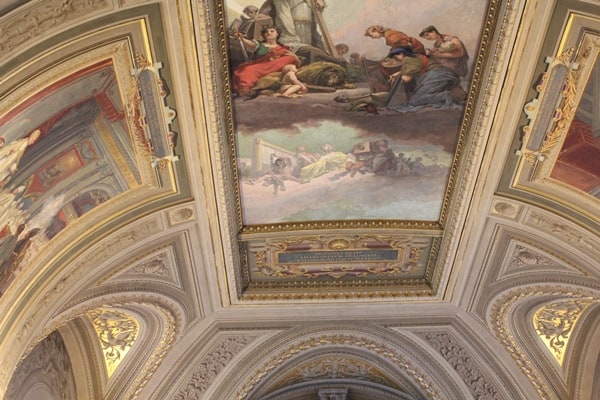 The gold really showed up in the paintings. Stunning. 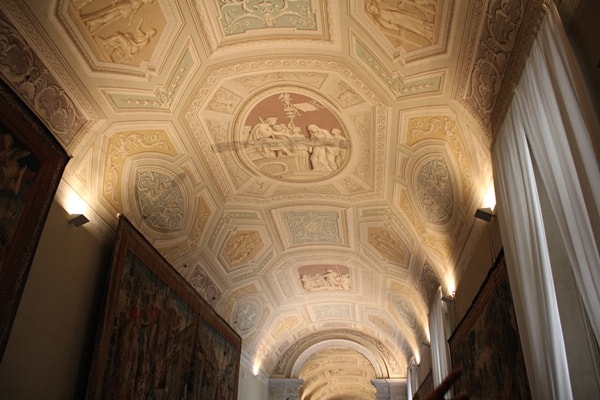 Above: This is the tapesty room. These used to hang in the Sistine Chapel. They also used them as a way of spreading news for those who couldn’t read. Like the birth of Jesus, but the funny thing about them is the backgrounds are Italian, not the actually country it happened in. This ceiling is also a way of saving money, painted with shadows to look fancy. Gee they were a talented bunch. I’d give my right foot for half of what they had. 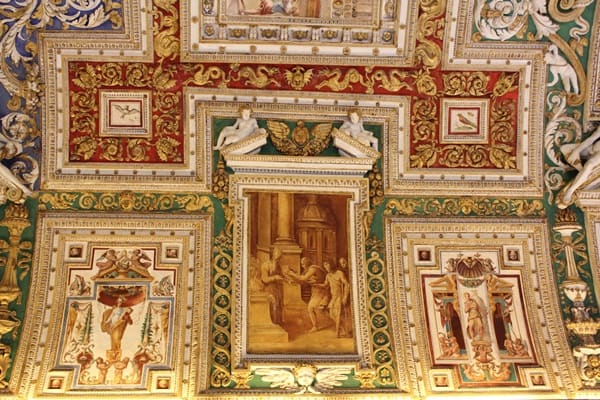 This is the ceiling on the Maps room. Just amazing, eyes went funny trying to take it all in! And then they had the big colourful maps along the walls. All the details and markings. Wow. 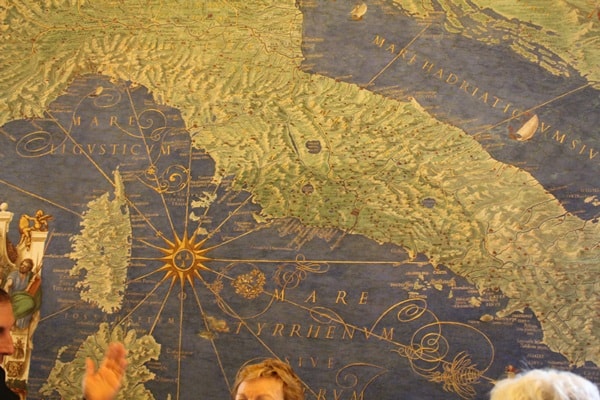 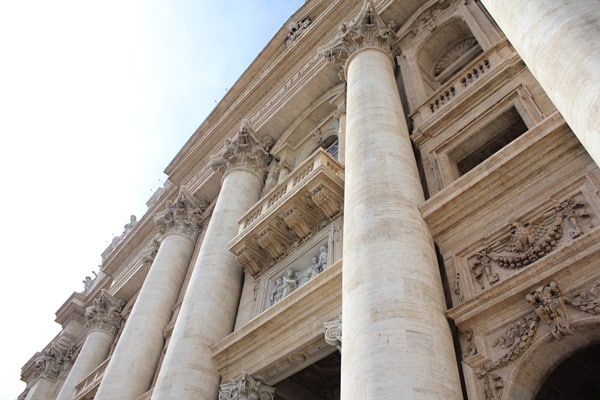 We went into the Sistine Chapel but were not able to take photos. The amount of people crammed in there like sardines, all looking up at Michelangelo’s paintings. It was vey busy (all the paintings) and it was very hard to focus on each little bit. Amazing to know what Michelangelo went through to paint that. And speaking of the talented man, here is more of his work below in St. Peter’s Basilica. Just fantastic. 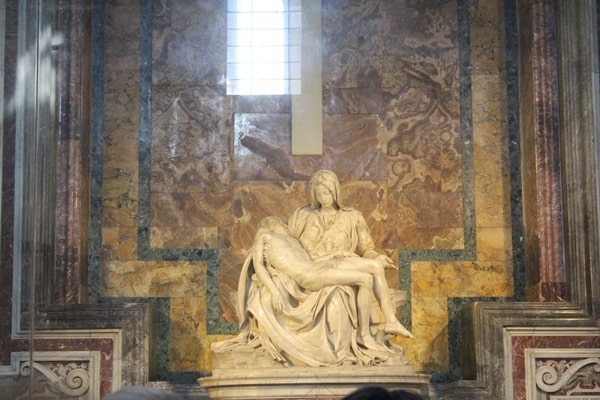 Michelangelo was 24 when he finished this and no one could believe it.

‘According to Giorgio Vasari, shortly after the installation of his Pietà Michelangelo overheard someone remark that it was the work of another sculptor, Cristoforo Solari, whereupon Michelangelo signed the sculpture. Michelangelo carved MICHAELA[N]GELUS BONAROTUS FLORENTIN[US] FACIEBA[T] (Michelangelo Buonarroti, Florentine, made this) on the sash running across Mary’s chest. The signature echoes one used by the ancient Greek artists, Apelles and Polykleitos. It was the only work he ever signed. Vasari also reports the anecdote that Michelangelo later regretted his outburst of pride and swore never to sign another work of his hands.‘ 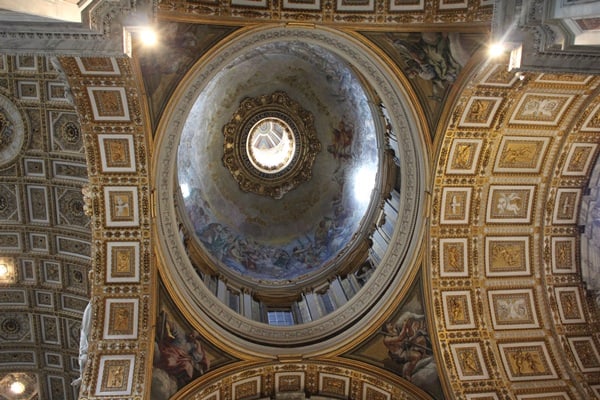 We were able to take photo’s in the Basilica as everything was mosaics, unlike paintings which would fade from camera flashes. I must say I was blown away by the mosaics which looked like paintings from where I stood. Below is the dome Michelangelo designed. He died before it was finished. 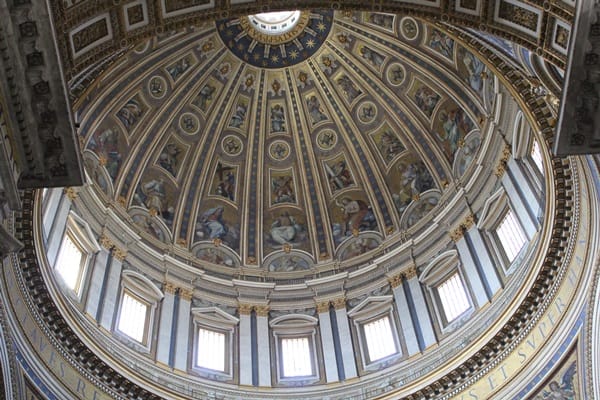 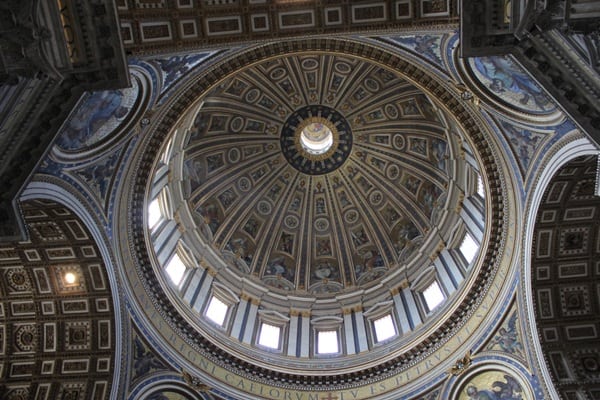 An ‘up close’ shot of some mosaics. 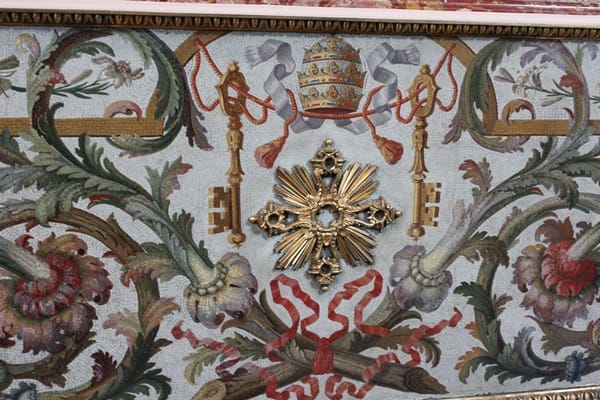 Outside in the square. The pope drops in two days a week during the service. 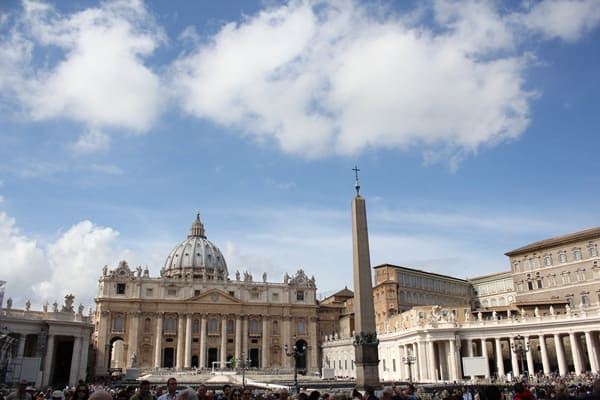 Well that was our trip! Totally worth it and amazing. I was able to gather HEAPS of information for my next book and see things I’ve been longing to see for years. It was also my first major trip overseas. (I’ve been to Bali but from Perth Bali is almost closer than the East coast.)

Now my next blog will be on Josh Joyce and his family. He was the inspiration behind The Outback Heart. Also keep an eye out for my Christmas pack competition. Details on how to win all my books coming soon. Follow on my Facebook page so you don’t miss out. x 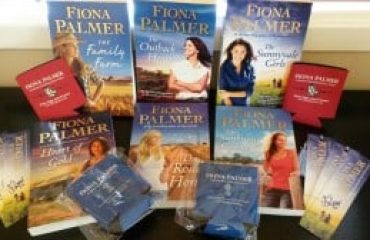 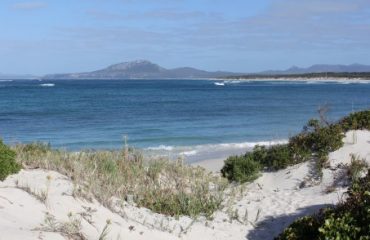