I’m am very excited to have Loretta Hill on my blog! It’s great to have a fellow WA author, even better to have one that writes the type of book I love. 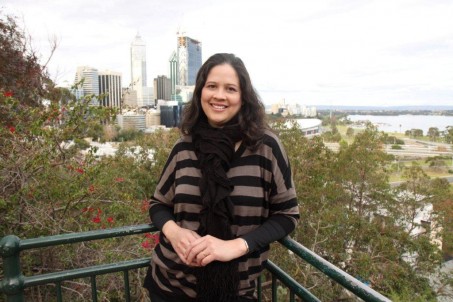 I met Loretta back in 2009, I think it was, at a RWA conference we had in Perth. Out of all the people I met, I recall talking to her and about the story she was writing. It sounded fab, even back then. I couldn’t remember her name, but I remembered the story. (I lost my ability to remember after having my kids!)

I’m so excited that Loretta now has this wonderful book out, The Girl in Steel-Capped Boots. The title had me at Steel-Capped. 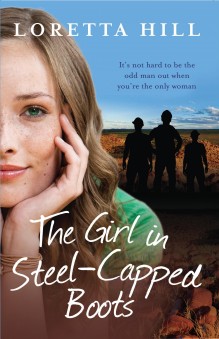 I’ve asked Loretta a few questions, so we can get to know her a little better. Thanks Loretta!!

Okay, so lets start with the nitty gritty. Where were you born, raised and schooled.

I was born, raised and schooled inPerth. I’ve lived for short stints in other parts of Australiabut have always returned toPerth. I love my home town.

What made you become an engineer? What are some of the highlights of your career?

I kind of fell into it. I’ve always wanted to be a writer but I needed a plan B and engineering just sort of happened. I know that’s hard to believe…. My father is an engineer so he was a big influence and I was actually pretty good at maths and science at school. I got the grades to do engineering, so I thought what the heck, what else am I going to do while I’m waiting to be published? (Which in hindsight was a rather naive of me considering engineering then proceeded to consume most of my life for the next eight years.)

It did allow me to see a lot ofAustralia. Particularly places I wouldn’t not normally travel to on a whim… like the Pilbara. I’ve also worked on big construction sites inQueensland and in little one street towns, like Wiluna situated right in the centre of WA.

Although, I’m on maternity leave at the moment, I do intend to go back to engineering again part time. There are many aspects of it that I enjoy. And it would actually cost me a pang now to give it up completely.

With mining being a big thing in WA, I’m really looking forward to reading The Girl in Steel-Capped Boots. Please tell us a bit about it and when its release date is?

This story centres around a young female engineer who gets sent to the outback to live and work on a construction site with three hundred and fifty guys. She struggles! She’s a very girlie girl, very city orientated and it’s a bit of a shock dealing not only with the job but the wildlife, the male chauvinists, the lack of privacy and the one man she’s supposed to impress but who thinks she’s a joke.

There’s a lot of big issues in this book, sexual harassment, isolation, broken families and definitely falling in love but I’ve tried to focus on the lighter side of being locked into a situation that’s just out of your comfort zone. I love writing comedy, so there’s plenty of dry Aussie humour in there.

Yes, and people are already reading it….I am yet to get my copy and I’m feeling rather sad that I have to wait! The teaser had me sucked in.

This is your first mainstream book Loretta, so how did it all happen?

The engineering project in my novel was real. It was a project I actually worked on as a graduate. I was very homesick when I was on the Pilbara and to get through the day I used to write an email home to my family every morning. My mum printed them all, put them in a file and gave them back to me when I got home. She was adamant I had to somehow turn it into a novel. I couldn’t at first because I was too close to the subject matter and couldn’t make the characters fictional. Nearly ten years on, I found the file of emails again and made a second attempt. That’s how “The Girl in Steel-Capped Boots” was born.

When did you start writing and how did you go about getting published?

I started writing stories almost as soon as I could write. I wrote most of my way through high school and university, just for my own enjoyment. When I got my first job after graduation, I started writing at night after work with a serious intention to finding a publisher. My first novel was published with Avalon Books New York in 2009. This is a short contemporary romantic comedy set inSydneycalled, “Kiss and Tell.”

How did you find out your ms had been accepted?

I received both offers for publication, (“Kiss and Tell” and “The Girl in Steel-Capped Boots.”) via email. I’ve never received, “the call” so to speak. But I think it was probably better that way given there was a lot of screaming and dancing going on.

Have you used many of your own experiences for this book?

Yes, I had a lot of anecdotes to draw from, some are my own, some are of people I knew. I just put my fictional characters into the same situation and imagined how they would react to it. I still have heaps of material left over. “The Girl in Steel-Capped Boots” may be getting a sequel J

How do you find time to write when you have 3 kids under the age of 4? Do you have a routine or do you go with the flow?

I have no routine or schedule that can’t be broken at a moment’s notice. Basically I write around my kids whenever there’s a spare half an hour here and there. It is difficult and slow going but I guess till they are a little older this is just something I will have to deal with.

Do you have another book in the pipeline?

I definitely do. I’m writing it at the moment. It’s set in my other favourite place inWestern Australia– The Margaret River Wine Region.

Oh, I can’t wait for that one. Margaret River ares is just gorgeous.

Being a busy mum and a writer, do you get time to read and what’s on your TBR pile?

I get very little time to read. My TBR pile is enormous!!! And it grows faster than it shortens if you know what I mean.

And lastly, in one word describe your strongest trait? Determined.

Thank you so much for sharing with us Loretta. Check out Loretta’s website for details on book signings. I know I’ll be getting one to add to my collection. 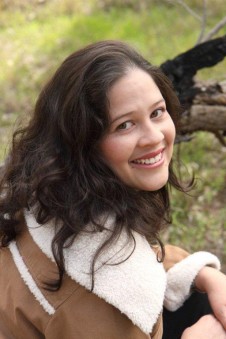 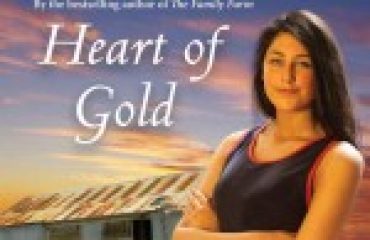 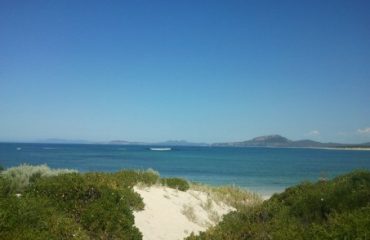