Some of you will have your copy of The Road Home and you would have seen the Erindale gates on the inside. I wanted to tell you about them as I took that photo. The gates were made by my grandad Colin Stone, long before I was born. 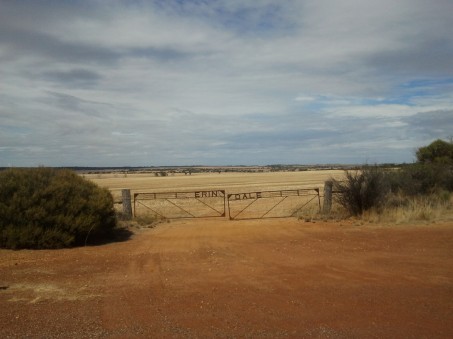 He was from Kulin and brought land in Pingaring and married etc. He had a son and three daughters, my mum being the oldest. At some stage he brought more land, which he named Erindale after my Aunty Erin, who is the youngest. And so he made up these gates. Later in life they sold the Erindale block so they could retire to Albany and the main farm, Gumlea, my Uncle continued to run. 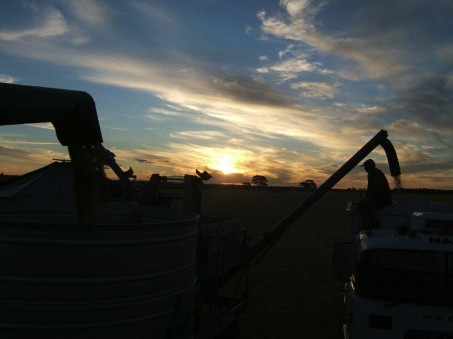 Even though another famer owns the land now, its still nice to drive past and see the history still standing there. It was the reason why the farm in the book is called Erindale. My grandad passed away when I was sixteen and he was a special guy who made lots of farming toys later in life. As a kid I would spend holidays with them in Albany and grandad had wooden swords, a buggy and other fun things to play with. Here is one of his tractors that I have. 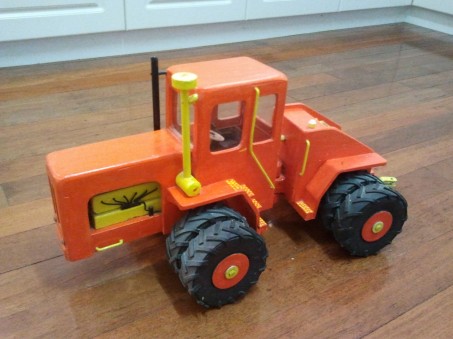 He made heaps of farming equipment and even trucks with flat bed trailers full of wool bales that my gran had stitched, filled and marked with the farm name. Because he’d spent his life with these bits of machinery he knew them well and the detail on his toys were amazing. And what he used to make them, even more so. I hope he would be chuffed to see his gates in my book and I hope he’s proud. 🙂 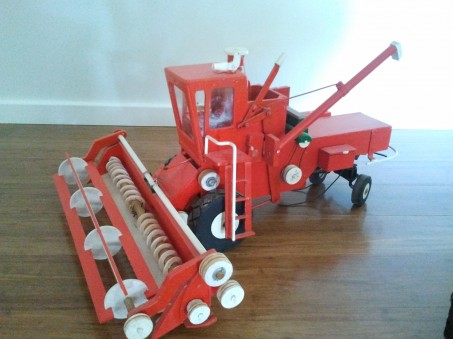 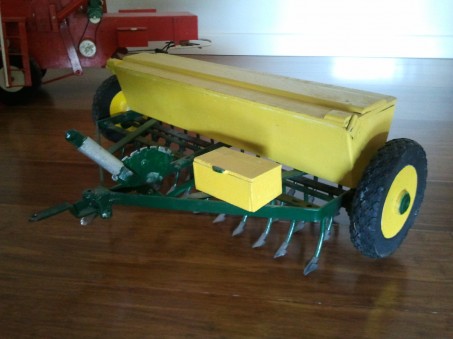 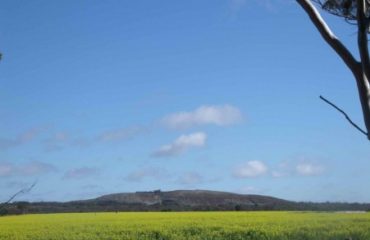 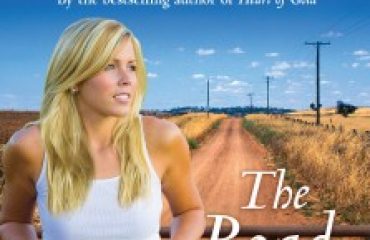 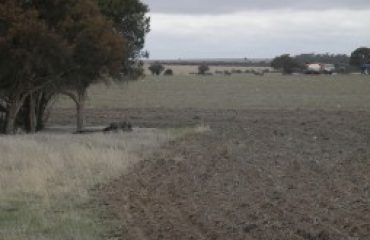