I know its been ages since I’ve blogged but lifes just been a little crazy. School holidays haven’t helped, feels like the kids have been home for ages and still they don’t go back until Thurdsay! And now that hockey has started (yes, as I’m typing this my body is hurting) I’ll have even less time for things.

But we had a little bit of excitement in out tiny 5 house town last week with the arrival of two fellas from over east. Andre, and his camera man Jono, flew, then drove, to our wheatbelt town to do some filming for Penguin for an online clip. I was overjoyed that Penguin were putting in the effort but totally freaked out by the cameras. I don’t talk great, I have a brain and mouth which don’t tend to communicate to each other very well. So for the two days I was nervous as hell. (made worse by the nice young handsome crew!!)

Anyway after catching a sunrise shot I took them, and my uncoopertative kids, up to the rock. We had the perfect weather while they were here, which was a stroke of luck. 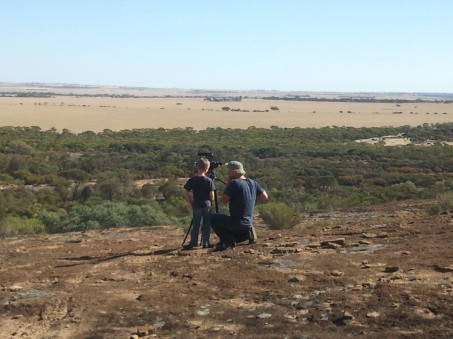 So while my daughter was trying her hand at being a moody 15 year old (she’s nearly 9) my son was a total hyped up ratbag. (to put things nicely) I was stressed out enough without their added part. :/

After lunch we headed out to the lake where the guys got to try out their water proof camera on a ski. Alas, I’m not as good as my dad, who can do a beach start and not even get wet. So I’m sure Andre has some laughs while searching through the footage of my stack while trying to get up. They also had camera’s set up to watch the sunset over the lake. Mother Nature put on a perfect display as usual. 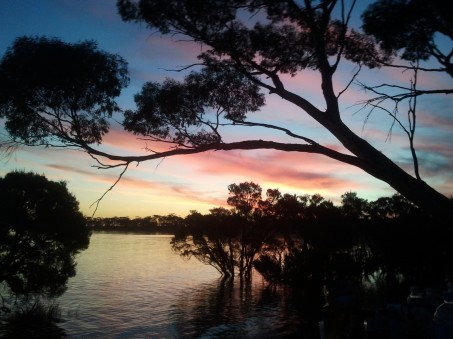 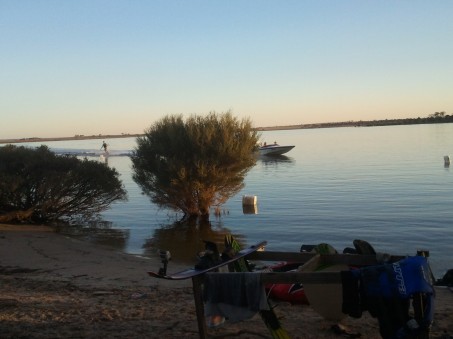 Here you can see the camera on the single ski. Also Andre having a ski on the wake/skate. We all wanted to send him back home to Melbourne after he got up first go and never got his hair wet!! I must also thank the Garards & Jensens for the use of their gear and boat! Was a specatcular arvo and lots of fun.

I can’t wait to see how all the shots turn out. 🙂

The next day started early, with Jono out of bed before the sun and setting up his cameras before filming Mum and I going for a morning walk. Then afterwards they filmed me doing the mail run. I had to say some stuff on camera….Do you think I could remember a few little lines??? Heck no. It went in one ear out the other! (And my friend Tessa, who was laughing and saying take 4, take 5, didn’t help either. Oh we had plenty of laughs) Its amazing how my mind went totally blank as the fear of making an idiot of myself took over.

Then to top off my bogan/redneck image (as someone put it) I got in my dads speedway car for some sideways action shots. Only it left me with a sore hip, because I couldn’t quite fit my hips and butt in my dads tiny racing seat! 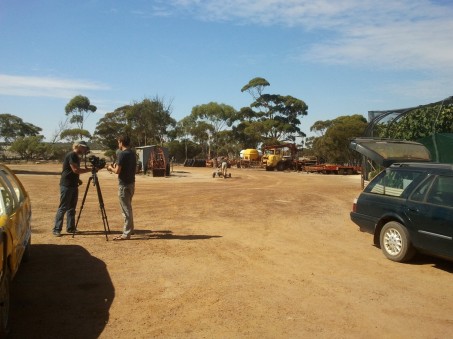 After lunch I took them out to the Erindale gates and along the Tin Horse Highway near Kulin. Finally I was starting to relax and could manage to say a few things without too many nerves but then it was time for the guys to head back to Perth. Typical. 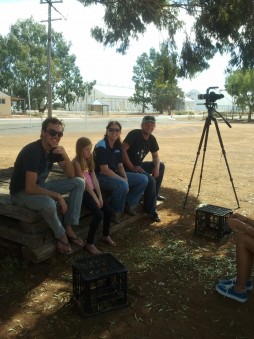 Hopefully the guys had a good time in our neck of the woods. You are welcome back anytime! By now Andre will be back at work, trawling through the footage trying to put together the clip. It should be finished in a few weeks. After watching all the shots they took, I can’t wait to see how it’s put together. I will post the link when its up for you all to see. (that’s if its not too embarrassing!!) 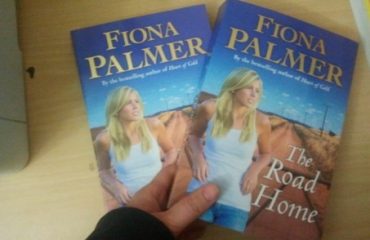